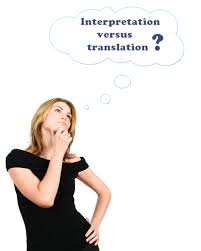 Confusion sometimes arises over the difference between a “translator” and an “interpreter”.

An interpreter acts as a verbal intermediary between two or more people whose native languages are different, usually repeating in turn what each of his/her clients says in the other’s language, to facilitate communication between them.

A translator working from Japanese to English essentially needs three attributes: the ability to read and comprehend written Japanese; the ability to write well in English, so as to express the meaning of the original text clearly and concisely; and sufficient knowledge of the subject matter at hand (less crucial for generalized subject matter, but vital for technical subjects such as law, finance, medicine and IT). 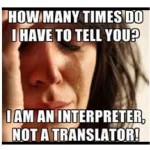 Interpreters require both excellent listening comprehension skills and spoken fluency in both languages, sufficient knowledge of the subject(s) about which they will be interpreting, and the social skills to adapt instantly to a variety of situations.

As a result, language professionals tend to specialize exclusively in either translation or interpreting.