A couple of years ago, one of the largest translation agencies in the world was left with egg on its corporate face when it undertook an enormous translation project on an incredibly tight schedule. Reputedly, the job called for the translation from Japanese into English of tens of millions of characters of text (discovery documents in the acquisition of a Japanese technology company by a US firm), with the requirement that this enormous task be completed in just two weeks. 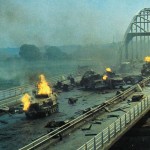 Since it is highly unlikely that a single translator could accomplish anywhere close to 1% of this volume in the allotted timeframe, the agency was faced with the task of immediately finding hundreds of translators who could work in parallel on this job.

The agency’s project managers will have swiftly realized immediately that this would be no easy task, as the number of J-E translators worldwide is actually not that large. In desperation they began sub-contracting sections of the project out to smaller agencies, and as the project deadline approached (and passed), freelance Japanese-to-English translators around the world were bombarded with repeated requests via e-mail and telephone to accept a small portion of the job. This prompted much criticism of the agency on translation-related mailing lists and SNS groups.

To anyone with experience in the translation industry, it is obvious that the final product must have been a horrendous hodge-podge of inconsistent terminology and wildly varying levels of written-English quality.

The saving grace for the agency may have been that most of the output will likely have gone unread by the client (if the object of the exercise was simply to have English text available as part of the due-diligence process). However, if the acquiring party in a multi-billion dollar acquisition is working off such potentially unreliable documentation, it is not hard to envisage major problems ensuing as the process moves forward.

It would be fascinating to know the substance of the discussions between agency and client that led up to their acceptance of the job. Was the agency upfront about the inevitable problems involved, or did it gloss them over and simply respond that the volume was manageable within the stipulated timescale?

Clearly, they bit off more than they could chew—in the process tarnishing their reputation and becoming the butt of ridicule within the J-to-E translation community. The episode does, however, raise instructive practical and ethical questions relating to large-scale translation project management.

How, then, should a translation company approach a high-volume project? Imagine a (somewhat smaller) J-to-E translation job consisting of half a million Japanese characters in the field of information technology (IT), with a deadline of one month from the day on which the client places the formal order. 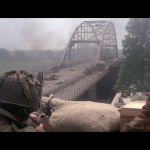 Having accepted the job, the translation company must calculate its needs in terms of personnel resources (translators, checkers and editors), secure the services of qualified contractors, divide up the work between them, and set interim deadlines for each stage of the process.

Time must be allocated for checking, revision and editing as well as translation, so each translator would have somewhat less than one month (say, three weeks) in which to complete their allocated tranche. Assuming that the translators will work six days a week and average 4000 characters per day, each individual translator should be capable of translating approximately 70,000 characters within the timeframe. Hence, the entire project would require seven translators.

The first priority will be to secure the services of a sufficient number of translators who are properly qualified, in terms of their subject specialization and the quality of their output. (Simply being specialized in IT might not be enough, as the job may require in-depth knowledge of a particular branch of IT, such as semiconductors or telecommunications. It is the responsibility of the translation company to find people with the relevant knowledge.)

Several native Japanese speakers will be required to check the accuracy of the translators’ work and to flag any mistakes that they find. Assuming that a checker can check approximately 500 English words (the translation of roughly 1000 Japanese characters) an hour and can work a 40-hour week, a single checker could probably handle the entire output from two translators. Hence, four checkers would likely suffice. Given the volume and timescale, each translator would have to submit their output in sections, so that the checking could take place in parallel with the translation. (This is not ideal from the translator’s point of view, as by the end of the job they may be having second thoughts about choices of terms and phrases that they made earlier on. However, on-line collaboration between the translators, checkers and editor can mitigate this issue). Checked sections would then be returned to the translator for modification based on the checker’s in-file comments. Each translator would have to fit this revision work into their translation schedule. 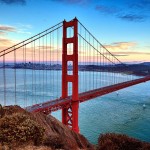 The final stage before delivery to the client would be an edit of the entire text, which would be around 250,000 English words in length. With so many people involved in the job, the edit would be crucial to ensuring consistency in terms of terminology and style. This task would likely take a single editor the best part of a week, so in order to meet the final deadline it might prove necessary to juggle the schedule so that the editing overlapped the latter stages of checking and revision.

This is a theoretical scenario; however, the numbers quoted are realistic and serve to illustrate the potential complexity of large-scale translation projects. Other factors can also intrude to make the process even more management-intensive, such as file-formatting issues and the sudden unavailability of a contractor due to unforeseen circumstances.

In order to ensure the best possible finished product, translation companies and potential clients need to engage in frank dialogue about what is realistically possible within a given timeframe. If a client’s deadline demands are extreme, the agency has a responsibility to make the client fully aware that quality is sure to suffer as a result.

What, then, is the most ethical response to a client that insists that it needs an extremely high volume of material translated in an unrealistically short time? One solution might be for the translation company to accept only as much of the job as they felt they could do to a reasonable minimum standard of quality in the time allowed. Of course, this might lose them the account if the client were to insist that it needed a sole provider and that quality was not an issue. If that were really the case, however, their needs could be met by machine translation software—essentially the hi-tech equivalent of 100 monkeys equipped with typewriters.