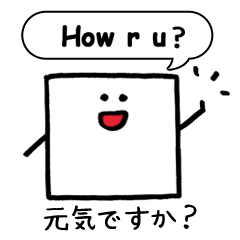 Looking at the supply side, a translator must be able to comprehend the language of the original document, called the source language, and then be able to write like a native speaker in the translation language, called the target language. The difficulty in doing so will affect the supply side of the equation. For example, while there may be a multitude of native English speaking translators that can understand Spanish, there is a dearth of native English speaking translators that can understand, say, Russian, Chinese, or Arabic. This will drive up the price of quality Chinese to English translation.

The demand side is driven by economic activity in that language. For example, the United States is the largest economy in the world, so there is a large demand for translation from English to other languages. There is not, however, a huge demand for, say Indonesian translation into English, because of the relatively small trade volume from Indonesia to the US. This will also make it harder to find Indonesian translators, so prices might be a little higher.

Now let’s look at Japan. Japan became the world’s third largest economy in the 1970s, following that of the United States and the Soviet Union. Japan became the world’s second largest economy after the decline of the Soviet Union in the late 80s, and it held that position until about 2010, when it was replaced by China as the second largest economy. However, Japan continues to be the third largest economy today. Yet, the character of the Chinese and Japanese economies are different, with Japan’s economy based on exports of advanced technology (http://www.tradingeconomics.com/japan/exports) and China’s based on export of low-paying manufactured  products (http://www.tradingeconomics.com/china/exports). This is important, as Japan files for more US patents than any other country, and the Japanese patent applications account for 39% of all patents ever filed in the US by a foreign country, and 18% of all patents ever filed in the US. This demonstrates that the character of economic activity in a country can affect the translation industry. For example, where there are a lot of financial and technological exchanges, there will be a lot more translation required in the area of finance, ICT, law, marketing, and other areas. In contrast, when the economic activity is largely outsourced manufacturing, such as with China, there is much less need for translation.

Japan also has the lowest English capability of all the G7 countries with a “moderate” rating placing it 30th in the world on the global English proficiency index (http://www.efjapan.co.jp/epi/). Though English has been taught in the six years of junior high and high school–and starting in the fourth grade of elementary school more recently–the focus is on basic reading and writing at about 1 hour a week, and so Japanese students rarely achieve a college reading level. This means that virtually all the written materials generated by this economic giant have to be translated for consumption outside of Japan. Patents, legal documents, government documents, financial reports, meeting minutes, CSR presentations, and just about any information that is of use in business must be translated, and it is translated primarily into English. That is just on the J to E side of the equation. The situation is similar on the E to J side. The numerous foreign companies doing business in Japan must also have most, if not all, of their materials–corporate regulations, training materials, manuals, sales and marketing materials, etc.–translated into Japanese for use by the local staff. The demand for translation in both directions is immense relative to other markets.

On the supply side, the translators, the lack of proficiency in English tends to mean that the number of native speakers of Japanese who are competent translators of English are few compared to the number of translators in other markets and the volume of E to J work. On the J to E side, the situation is even worse. Japan has one of the most, if not the most, complex written languages in the world according to some sources. (https://www.quora.com/What-is-most-complex-language-for-writing), and thus the number of native speakers of English who are literate in Japanese is minuscule compared to the volume of work. Something must be done, however, and thus a great deal of the J to E translation being done is done by native speakers of Japanese, thus violating the basic rule of quality translation: translate only into your native language.

In the end, obtaining quality translation from both E to J and J to E is difficult, and the rates for these two language pairs are also much higher than those for any other commonly translated language pair in the world.