We’ve all seen non-sensical (and sometimes hilarious) English signs, menus and notices in shops, restaurants, sports grounds and airports around Japan. It is somewhat less amusing when you pay for a document to be translated, and the quality of the translation is much lower than you expected. 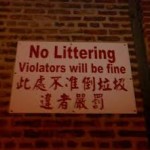 Google Translate or other machine translation applications may well be the source of some fraction of the poor translations that are in evidence (especially those in restaurants!).

Much more common, however, is poor translation by human translators who are simply not up to the job. Japanese companies seeking to save money on Japanese-to-English translation work will sometimes assign the task to an employee who is believed to have a fair grasp of English. The thinking is that, even if the result is not perfect, a “native-checker” (i.e. a native speaker of English who will edit the translation) can be hired cheaply to spruce up the employee’s translation and produce an acceptable final document in English.

In many cases, however, the cumulative effect of the incorrect word choices, grammatical errors and stylistic lapses in the English soon becomes overwhelming, causing the meaning of the document to be substantially obscured. The native-English checker is nevertheless expected to rewrite the piece to clarify meaning, eliminate errors and make it sing stylistically. This is a tall order at best, and is often well-nigh impossible—even with extensive rewriting. The end result, then, is usually a substandard product that reflects poorly on all involved. 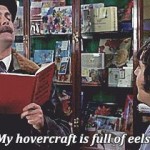 A similar problem exists with translators who are translating out of their own native language. In Europe it is axiomatic that a translator should only translate into his or her own native language—the rationale being that non-native speakers of the target language lack the ability to write as clearly and fluently as native speakers can. Thus, only a native German speaker will be assigned English-to-German translation work. In Japan, however, this basic tenet goes largely ignored, and a significant proportion of Japanese-to-English translation work is carried out by working translators who are Japanese.

Again, the belief is that a native-English editor will be able to smooth out the draft translation and produce an acceptable final version. However, even “professional” Japanese translators are rarely immune from making poor choices of words and idiom, and significant grammatical and stylistic errors. As a result, misunderstandings are likely to occur between the translator and the rewriter, resulting in errors of meaning and nuance. In addition, editing non-native English rarely results in text that reads smoothly. Hence, the final text will be prone to imperfection—in terms of both accuracy and style.