As was covered in an earlier blog post (Translating and interpreting: what’s the difference?), the translator works with the written word, and the interpreter works with the spoken word, and as anyone who has used both services should know, interpreting is much more expensive on the surface. However, when you look at the details, it’s no mystery. 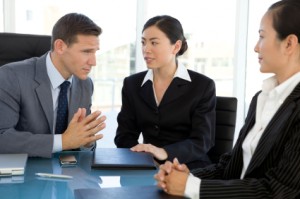 The first factor, which may not be eye-rollingly obvious, is that the interpreter must travel some distance to perform the work, in contrast to the translator, who sits in front of a computer to translate. This distance factor alone is a big deal. Whereas the translator can take a small job and use a relatively small amount of time to complete it—thus being available to do the next job that comes in—the interpreter is committed to spending three or more hours to perform even one minute of interpreting. If the interpreter must spend so much time on the road, they are inclined to charge a minimum fee, such as a half day (4 hours).

In some cases, when the distance is quite a bit farther, say a train ride to another city, or even an airplane trip to another country, the travel time becomes billable at some percentage of the half-day or day rate, which adds to the final bill. Then there are the accommodations. In contrast, interpreting is much more labor and time intensive than translation.

Another factor is delivery time. Whereas a translator can puzzle over a difficult sentence at his or her leisure (depending on the deadline), the interpreter must spew forth a reasonably well crafted verbal statement on demand in another language. Some people–the current author included–find it challenging to stutter out an intelligent statement without any time constraints. In that respect, interpreting is like juggling chainsaws. The pinnacle of interpreting difficulty is “simultaneous interpreting,” which requires the interpreter to speak in one language while listening to someone else speak in another. When they do it in languages that are as different as Japanese and English, this is deep black magic, like juggling flaming chainsaws while blindfolded. This costs money. 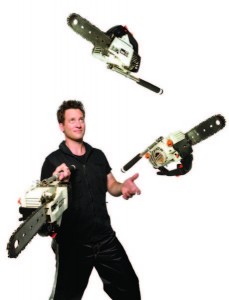 Yet another factor is supply and demand. Good interpreters seem to have some innate talent that cannot be taught. It can be honed to a high level, but if a person does not have that X factor, then chances are they will never be a top-flight interpreter. This narrows the field of possible service providers for the really important jobs, and it drives up the price.

Those are the basics. So, next time you meet an interpreter, bow with the requisite deference and realize that, no matter what you paid, you are getting a great deal.