On the last weekend of October, Tokyo charity cycling fundraising group the Knights in White Lycra (KIWL) staged the latest edition of their biannual 24-hour Palace Ride in the capital. This event is an adjunct to the KIWL’s main event of the year, the annual sponsored four-day 500-km ride from Tokyo to the Tohoku region, which generally takes place at the end of May. 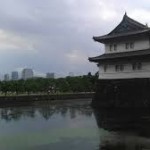 The Palace Ride involves teams and individuals riding, jogging or walking around the Imperial Palace in Tokyo in relays, so that for 24 hours there is at least one participant circling the Palace. Money is raised through entry fees and sponsorship donations, with the proceeds going to the KIWL’s chosen charity, which for 2016 and 2017 is the Japanese non-profit organisation Mirai no Mori.

Mirai no Mori organises life-changing programmes for Japanese children living in institutional care homes. Some are orphans, while others are the victims of parental neglect or abuse. The homes can only accommodate and care for these children until they reach the age of 18, after which they must essentially fend for themselves in the wider world.

Mirai no Mori stages summer and winter camps (funded by personal and corporate donations), and company-sponsored ‘Back to Nature’ days or weekends, which represent an opportunity for employees of the sponsoring company to serve as positive role models, interact with the children and provide them with hope and inspiration.

The camp experience affords the children some release from their everyday stresses and—more important—also gives them confidence, a sense of independence and the opportunity to cultivate invaluable life skills. Crucially, the Mirai no Mori program is not confined to the camps alone. The group also offers the children who attend the camp on-going, long-term support, which significantly increases the chances of a more favourable outcome in their lives.

In heavy rain, the Palace Ride commenced at 3:00pm on Friday 28 October, with Rob Williams, founder of the KIWL, Kozue Oka, chief camp coordinator for Mirai no Mori, Tony Orr and Toru Akiyama leading off. Accompanying them were KIWL stalwart Joanne Wilkinson, her husband David and their two children, Douglas and Rosalind. These brave troopers completed the all-important early laps, exemplifying the spirit of the KIWL and rather putting to shame several more seasoned riders who were deterred by the bad weather and dropped out at the last minute (although, in fairness, all who signed up for the ride did cough up the ¥5,000 entry fee).
Gradually the number of participants grew, notably with two runners from the BNP Paribas team who were lapping the palace at speeds approaching that of the slower cyclists. Others came out to show support and donate money, including radio DJ Guy Perryman—a good friend and promoter of the KIWL.

Mercifully, the rain let up as the ride continued on into the evening and through the night. As Saturday dawned, the weather conditions were somewhat better, and overall coordinator of the Palace Ride Andrew Abbey was able to see the event through to a successful conclusion at precisely 3:00pm on Saturday afternoon.

Altogether around 70 riders and runners took part over the course of the 24 hours, raising around ¥400,000 in the process. This was highly significant as it took the KIWL’s 2016 fundraising total in aid of Mirai no Mori to just over ¥10 million—the highest amount the group has ever raised in a single year since its inception in 2012. This sum will enable around 20 care home children to attend Mirai no Mori’s summer camps for three years in a row and will help fund the organisation’s nascent ‘Leaders in Training’ programme, which is intended to help the older children develop leadership skills and greater self-confidence as they approach the end of their time in care.

The KIWL are but one example of corporate social responsibility (CSR) activism within Tokyo’s foreign community. The amateur boxing event Executive Fight Night, which got started at almost exactly the same time as the KIWL, also raised more than ¥10 million in 2016 for its chosen charity, Shine On! Kids, which offers support to children with cancer and their families.

Giving back to the community in which we have made our homes is now seen by an increasing numbers of foreign professionals as a key element of expatriate life in Japan. Not only is it a rewarding opportunity to help those who are less fortunate, it is also a great way to get out, keep fit and immerse oneself in Tokyo’s vibrant cosmopolitan landscape.